On Saturday 12/15 and Sunday 12/16, Dover Squash & Fitness had the pleasure of hosting its first Dover Squash Silver Junior Tournament, sanctioned by the Massachusetts Rackets Association and US Squash Association. We had fantastic participation even though the world’s largest junior squash tournament, The US Open, was held the same weekend at Harvard University. We had over 60 players participate, with attendees from Massachusetts, Connecticut, New Hampshire and other parts of New England. 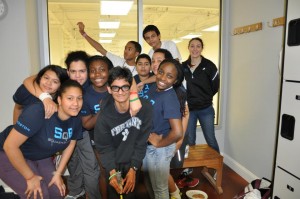 There were 6 age divisions in the tournament (under age 13, age 15 and age 17) for both boys and girls and throughout the course of the two day event, over 200 matches were played. We are thrilled that four of Paul Mathieson’s students made it to the finals. (Paul is the resident Pro and director of Dover Squash & Fitness).  We couldn’t be more thrilled for Paul.  We are honored to have him as a mentor for the students and our club. 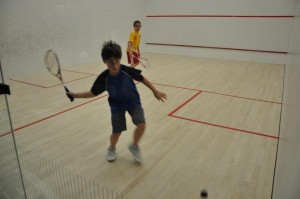 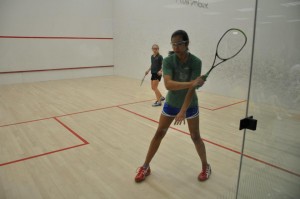 Most importantly, we want to congratulate and thank everyone who participated in this tournament. All the players did a phenomenal job and we very much enjoy seeing them work so hard at something they love so much. It was a great weekend and we are very excited for more tournaments in the future! Stay tuned!

Every rug has a story to tell. But what kind of rug would you weave to tell the story of this year? 2012. All of our interlocking moments of sadness and of joy. Threads of eternal hope. Dreams of peace. A great national conversation about the future. The power of nature. The power of love to heal and to help. All the great ups and downs of our world. A story that, perhaps, can only be told in the symbols and traditions of the weaver. Spun naturally…as it is given. As any great story…an artist’s attempt to bring significance to our harried lives.

Rumi, considered the greatest of all the great Sufi poets and mystics, had this to say – “Out beyond ideas of wrong-doing and right-doing there is a field. Let’s meet there.”

From all of us at Dover Rug & home…our sincere wishes for a happy and loving holiday.